Fritwell is an inverted L-shaped village in North Oxfordshire. It

probably owes its shape to the fact that there were, in Saxon times, two separate settlements, both of which had their own manor house,

The church was built in the eleventh century between the two settlements. 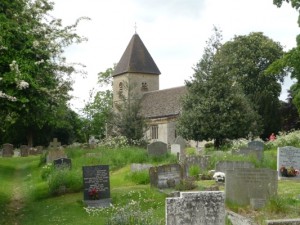 Fritwell today is a thriving community in spite of its proximity to the motorway and therefore easy access to both Birmingham and London. This could have led to its being a dormitory village but fortunately this is not the case.

There are two places of worship in the village – St Olave’s Church, which has been much altered over the years but remains the focus for Anglican worship and the Wesleyan Reform Methodist Chapel which recently celebrated its centenary.

There has been a Church of England Primary School in Fritwell since 1872 and today it is a thriving, successful school which recently received an “good” Ofsted report. The school has been extended a number of times and now includes new classrooms, and an Early Years Unit. The village is also fortunate to have a post office and shop, a Village Hall for community and private events and a playing field with a young children’s play area, a multi-sports area and equipment for older children.

The Village Hall and the Playing Field are registered charitable trusts and are run by separate Committees which take on the responsibility for these facilities. Fritwell is very fortunate to have sufficient committed individuals who are prepared to give their time for the benefit of the whole community. fritwellvillagehall.co.uk

There are organisations catering for all ages and groups, ranging from a Toddlers group for the very young to Fritwell Forget Me Not Club for the senior citizens of the village. 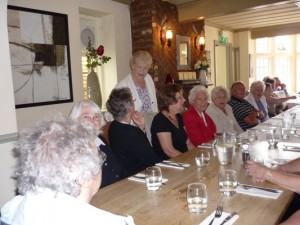 In between there are  Beavers, Cubs and Scouts, a Rugby Club and an angling club. In addition there are many and varied events organised throughout the year by the village organisations for anyone who cares to join in. Examples of these are Quiz Nights, Race Nights, Bingo, Wine Tasting and Arts at Large performances

The affairs of the village are managed by Fritwell Parish Council.